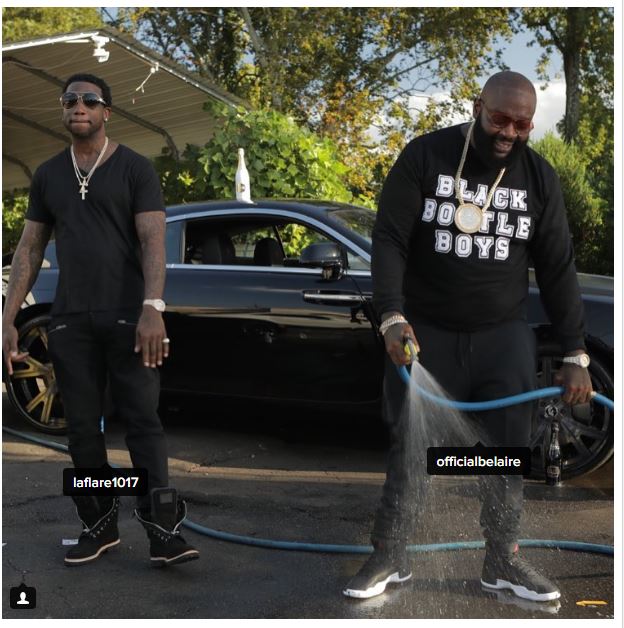 In case you’re considering pursuing a career in hip-hop, you might need to reconsider, because the cash and bling won’t spare you when shots are being fired at you. That was the situation for Rick Ross, Gucci Mane, Meek Mill, and 2 Chainz this week, during the making of the “Buy Back the Block” in Atlanta.

As indicated by TMZ, the rappers were on top of a rooftop when bullets started flying very close-by, forcing them to duck for cover. Luckily, everybody was all right. Police say that the shots originated from a nearby apartment. Atlanta PD got a telephone call about shots in the zone. However, nobody got injured. Fortunately, the occurrence didn’t dissuade the rappers from completing the video either, as they finished shooting it with no trouble a while later.

On the record itself, there’s no info as to where the song will live. Possibly this will be a new cut under the stash for MMG’s fourth recruitment of Self-Made? Gucci Mane did say thatThe Return of East Atlanta Santa will drop before the year’s end, so perhaps it’ll land there? We’ll update you as often as possible on any further improvements.